Another great year in concert photography has come and gone.  2016 saw some bucket list bands for me as well as a chance to continue to capture some old favorites.  Here’s a list of 15 of my favorite concert shots of 2016. 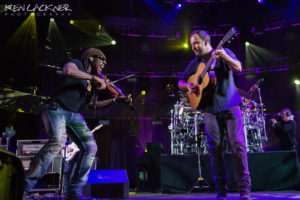 Dave Mathews Band at Lakewood Amphitheater.  My second time capturing Dave led to some wonderful results thanks to the awesome lighting and diverse talent of his band.  Seen here is Dave along with his violinist, Boyd Tinsley. 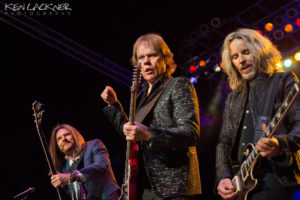 Styx at Verizon Wireless Amphitheater.  Although these guys come to Atlanta fairly often, this is the first time I’ve had a chance to catch them live. Naturally, I didn’t want to miss the chance to grab photos of the famous classic rock band. 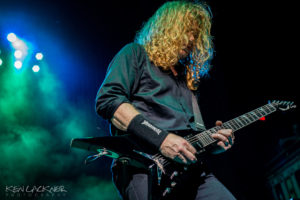 Megadeth at The Tabernacle.  This was my third time photographing the heavy metal giant, and the first time with new guitarist Kiko Loureiro, who joined the band in 2015. 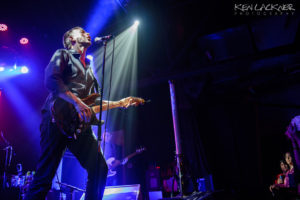 Shearwater at Terminal West.  I’ve been following Shearwater since 2008 when the performed at The EARL in support of one of their earlier releases, Rook.  They quickly became one of my favorite bands, and I’ve watched them evolve over the years in many ways.  This was my first time capturing them at a venue other than The EARL.

Orchestral Manoeuvres in the Dark.  The English electronic group opened for Barenaked Ladies on the annual Last Summer on Earth tour. 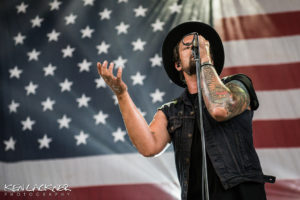 Taking Back Sunday at Verizon Wireless Amphitheater.  Without digging through my archives, I’ve lost track of how many times I’ve photographed this band, but it seems like it’s been at least once every other year since I began photographing concerts.  This is the largest venue I’ve seen TBS perform at, as this was part of the Taste of Chaos Tour. 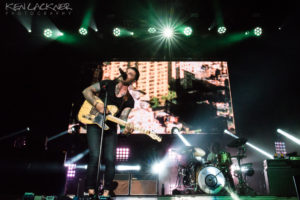 Dashboard Confessional headlined the Taste of Chaos Tour at Verizon Wireless Amphitheater.  This was my first time photographing the band, and only my second time seeing them perform.

NOFX at Project Pabst.  It wouldn’t be a year in concert photography without summer festivals.  2016 saw a newcomer to the Atlanta festival scene.  Project Pabst shut down streetsand parking lots in the East Atlanta Village on Saturday in October.  Here NOFX perform on the main stage in the parking lot adjacent to Argosy. 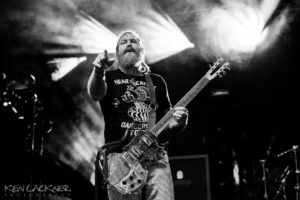 Mastodon at Project Pabst.  Another great capture from the main stage of the inaugural Project Pabst in the East Atlanta Village. 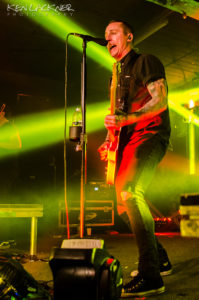 Yellowcard at The Masquerade.  This photo made it into my Best of 2016 for several reasons. For one, this venue isn’t particularly known for exceptional lighting.  As you can see, this show was an exception.  This was also a very special show for many in attendance, myself included.  Not only was this Yellowcard’s final world tour and, therefor final performance in Atlanta, but Yellowcard was the very last ever rock and roll band to perform on the Heaven stage at The Masquerade’s old location in the Old Fourth Ward. 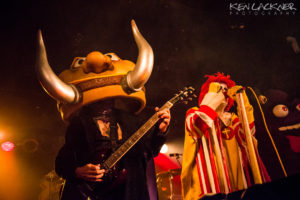 Mac Sabbath at The Loft.  As far as unique bands go, Mac Sabbath are near the top of the list.  Inventors of so-called “drive-thru metal” (and no doubt the only band to fall in this genre), they perform exclusively Black Sabbath covers, with a twist: The lyrics are all changed to be songs about fast food and the fast food industry. 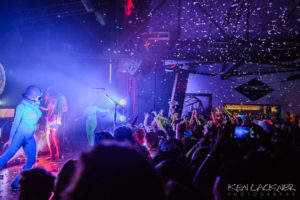 of Montreal at Terminal West.  Athens-based of Montreal have become one of my favorite bands since first seeing them live back in 2011. Photographing this band is often tricky, as many times the only source of light on stage is a projector in the back of the house providing the background graphics for the band’s performance.  This Halloween show was supplemented by some stage lighting which allowed me to capture this moment towards the end of the set. 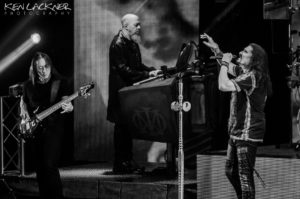 Dream Theater at Atlanta Symphony Hall.  The progressive metal band performed their 13th studio album, The Astonishing, in its entirety. 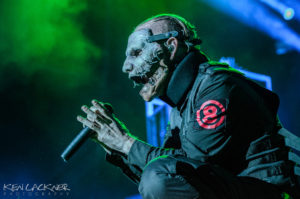 Slipknot at Lakewood Amphitheater.  There were several shots from this show that easily could have made it into my Best of 2016 gallery, and choosing a single favorite proved quite a challenge.  This shot of lead singer Corey Taylor is the one that made the cut. 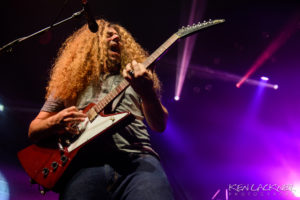 Coheed and Cambria at The Georgia Theater.  I’ve saved my personal favorite for last.  This was my seventh time photographing the band, and 2016 marks the first time I’ve shot Coheed twice in the same year.  The first time was on the Color Before the Sun US tour in St. Petersburg, FL.  Later in the year, the band announced a second leg of the tour, hitting the cities they missed the first time around.  I was all too happy to make the mere hour and a half journey to Athens for this show.

That’s a wrap.  I’m excited to see what 2017 has in store.  Be sure to follow me on Facebook for the latest updates. Happy New Year!