Between albums, Canadian progressive rock group Rush hit the States in the Fall of 2010 with the highly acclaimed Time Machine Tour.  Opening with one of their most popular hits, “The Spirit of Radio,” the band performed material encompassing their nearly 40-year career.  One of the unique features of a Rush show in today’s modern concert world is the absence of any opening act. When Rush take the stage, they perform for nearly three hours, with a 20-minute intermission.  Perhaps the biggest highlight of the Time Machine Tour was the performance of the 1981 album Moving Pictures in its entirety at the beginning of the second set.  Afterward, front man Geddy Lee announced production of their upcoming release Clockwork Angels, and the band performed a track or two from the new album.

2010 marked the beginning of my career in concert photography. As is the case with most concert photographers, I started shooting local shows and smaller regional and national acts at the mid-sized venues in town.  I was fortunate enough to be in the right place at the right time to land a freelance gig with a local music blog, Atlanta Music Guide. I had the opportunity to shoot some favorite bands that Spring and Summer, and when the Rush tour was announced, I knew I had to put in a request to cover it.  This show was by far the most exciting for me that year, and still remains one of my favorite shoots to date. 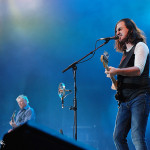 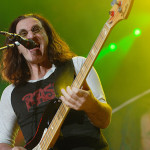 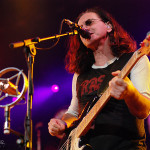 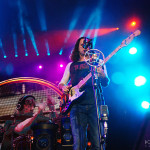 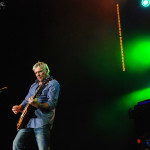 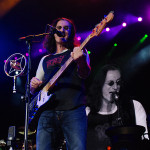 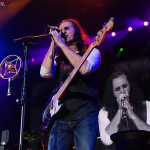 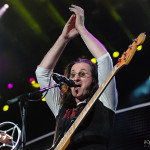 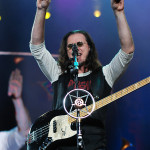 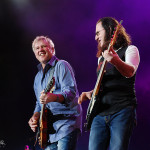 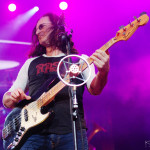 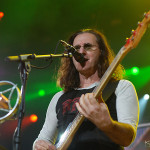 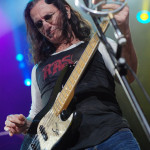 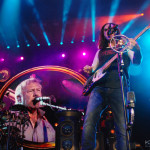 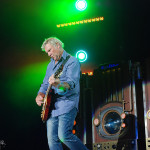 A Nikon D80 and a 50mm lens were standard kit for me back then.  This was my first time shooting at Verizon Wirelss Amphitheater, and I really had no idea what to expect.  Photographers were limited to the right half of the stage due to some video equipment that was at the center of the pit.  As a result, there are no closeup shots of guitarist Alex Lifeson. Neil Peart was barely visible at all from where I was standing and unfortunately I was unable to grab even a single shot with him in it.  Fortunately lighting was superb, and the set was shot at ISO 640.