Another exciting year has come and gone.  Although I didn’t have the opportunity to photograph nearly as many shows in 2014 as I did in previous years, I was able to scratch a few off the bucket list.  Some I’ve seen before but never had a chance to shoot; others I saw live for the first time in 2014.  Here are ten of my favorite concert photos of the year. 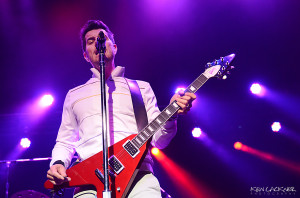 311 at The Tabernacle.  Not my first time seeing this band perform live, but the first opportunity I’ve had to photograph them since I started doing this nearly five years ago.  The band came to Atlanta for two nights while on tour back in the Spring. Both nights were sold out, and the set list was completely different each night.  I attended the first night, and the full set and review can be found here. 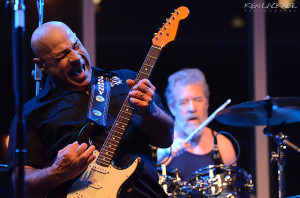 Creedence Clearwater Revisited at the Atlanta Botanical Garden. Part of the Garden’s summer concert series, this show was a lot of fun.  It was a beautiful Friday evening in June, and the ampitheater at the Botanical Garden is a great place to see an outdoor show.  This shot features lead vocalist John Tristao and original Creedence Clearwater Revival drummer Doug Clifford. Full set here. 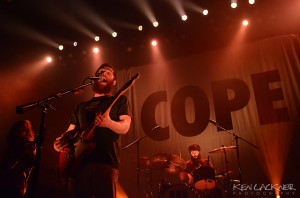 Manchester Orchestra at The Tabernacle.This was my second time photographing the band.  The first was the return of Music Midtown in 2011.  Full set. 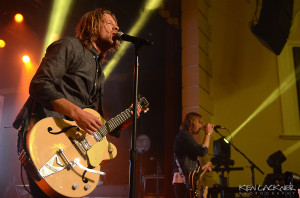 Switchfoot at Buckhead Theater.  Second time seeing and photographing this band.  Although I’ve never owned any of this band’s music, I was asked at the last minute to substitute for another photographer when they came to Atlanta in Fall of 2013.  To say I was quite impressed really would be an understatement, and I now keep them on my radar for opportunities to capture them again. Here’s the full set. 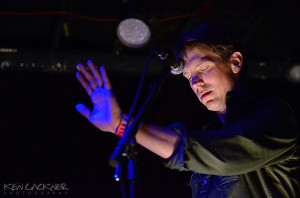 Shearwater at The EARL.  It’s pretty rare to capture awe-inspiring images at any of the small clubs these days. Although these were the types of rooms I was shooting in exclusively when I first started, most of them have since “upgraded” to arrays of LED stage lights.  In this photographer’s opinion, such lighting usually makes for pretty terrible photos, so it’s pretty rare that I get enthusiastic about shooting these smaller shows anymore.  Shearwater have been one of my favorite bands since I first saw them live at The EARL back in 2008.  Fortunately, they brought their own lighting along with them on this tour, and as a result, this photo of lead singer Jonathan Meiburg landed in my Best of 2014.  View the full set on flickr. 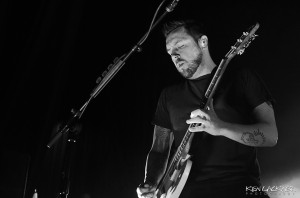 Anberlin:The Final Tour at Center Stage. It was bittersweet as fans of the alternative rockers from Florida gathered to see the band perform one last time in Atlanta.  Lighting at Center Stage can be hit or miss.  This shot really turned out well in black and white.  View more photos and read a review of the show at Music News Atlanta. 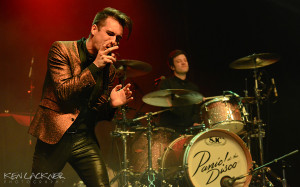 Panic! at the Disco at University of West Georgia.  This largely unadvertised show took many fans by surprise, some of whom didn’t even find out about it until after it happened.  Panic! and Third Eye Blind played to a half-full UWG arena back in the Spring.  I paid for a ticket but was fortunate to score a photo pass to capture the event.  The usual 3-song restriction applied in the pit, but after the third song, photographers were allowed to roam freely, shooting from just about anywhere a ticket granted access.  Read a review of the show and view the full set of photos here. 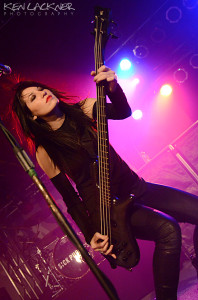 Sick Puppies at Masquerade.  This shoot was also a last-minute substitute for a photographer who wasn’t able to make it.  I had seen the band perform twice at the Masquerade and they were on my photography bucket list for a few years.  In light of the recent news of the lead singer leaving the band, I’m glad I finally got the opportunity to capture them. 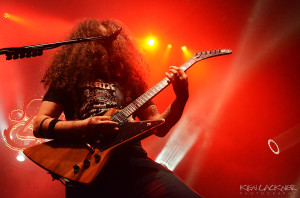 Coheed and Cambria at The Tabernacle.  It wouldn’t be a year in concert photography for me with out a Coheed and Cambria show.  I’ve been a fan of this New York progressive rock group for over a decade, and I’ve not missed a performance of theirs in Georgia since moving to the state, nor an opportunity to photograph them since the first time I captured them in 2010. Read about the second Neverender tour and view the full set of photos over at Music News Atlanta. 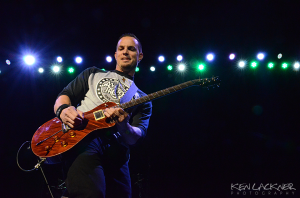 Alter Bridge at The Tabernacle.  First time seeing and shooting, this band had long been on my bucket list for both. I was definitely blown away by the performance the group delivered that evening, and I look forward to seeing (and hopefully photographing) them many more times to come.  This shot of guitarist Mark Tremonti is without a doubt one of my favorites of the whole year.  Fortunately the lighting was beyond superb, so I was able to close down the aperture and produce the super cool starburst effect with the overhead stage lights. This show ended up being one of my favorites of the year. Read about it and see the rest of the shots here.

Well, that’s a wrap! I’m looking forward to seeing what exciting opportunities and challenges away in 2015.